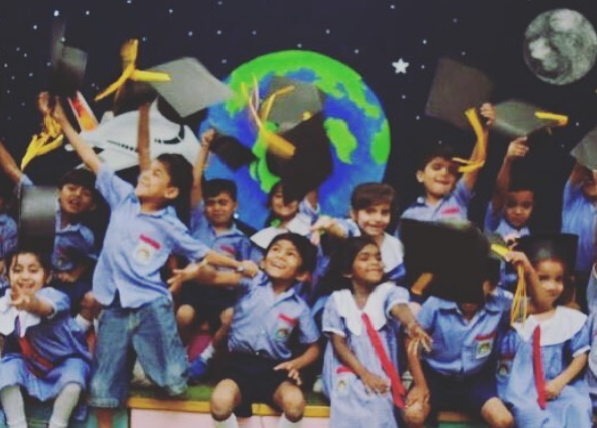 Starting with the expression of how she was delighted witnessing the youth of Karachi being so passionate to serve the society, Musarrat Shaheen, Senior Vice Principal DCTO Campus, continued towards telling the history of Kiran Foundation. Kiran Foundation was founded by Ma’am Sabina Khatri with the mission and vision: to bridge the gap and create a compassionate society, which is very much reflected in the work that they do. 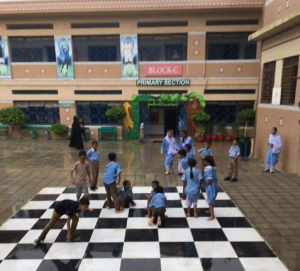 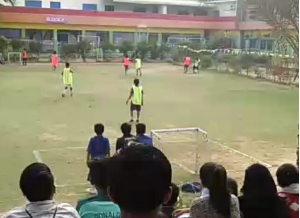 Inspired by an event that she experienced during her career she took on an initiative to open a pre-school in a remote area such as Liyari. Overcoming the odds of how dangerous the area was and the way she was perceived in that area, due to her appearance, Ma’am Sabina stayed resolute to her mission.

The philosophy behind the pre-school initiative was to harness the early childhood development of the first born of the family so that they could become an example to be followed by the rest of the family. With this idea in mind, Kiran School used to enroll 20 children annually from 2006-2013. About 120 students from Liyari who got their basics right are now studying in Mainstream schools of Karachi and few of them are on Full-Bright Scholarships. It is important to mention at this moment, that Ma’am Sabina attends the parent teacher meetings of the children in order to help their uneducated parents keep up with the pace of those mainstream schools.

There are certain pre-requisites for a child to get admission in the Kiran School.

These Pre-requisites brought up a tremendous improvement in the overall progress of Liyari. A noticeable number of households started documenting themselves, quit the detrimental eating habits, and started earning for themselves. All for the sake of getting their child a good education through Kiran Foundation. Because these children, they defy a mainstream perception of residents of Liyari and portray a transformative image of the area to the world.

In 2013 Nazir Tunio, Director Akhuwat Foundation, presented a proposal to Ma’am Sabina to expand the number of children that Kiran Foundation takes annually and suggested to adopt government schools. After a series of discussion, it was decided that Kiran Foundation will adopt DCTO School, a huge campus but very poorly managed back then, however, after it was under the care of Kiran Foundation, the school started functioning in a systematic and structured manner. The first year of school was called the healing year, aiming to attract children back to schools who were traumatized by the conditions of Liyari. The success of the healing year could be summed up in these words that the students were not ready to get back to their homes but insisted on staying in school for the longer durations.

The major challenges faced by Kiran Foundation were Number 1, the perception regarding Ma’am Sabina, the locals used to think that she would brain wash their children and will get them distanced. However after a certain period of time, Kiran Foundation was appreciated even by those who were considered unpopular citizens in that locality, at some instances they offered protection to the institutions. Number 2, As Kiran foundation elevated its scale, funding channels seemed to be scarce but her weapon against it was the faith which she learned from a mother of a student she met once who seemed to have unshakeable faith in God. Fortunately, living up to its generous reputation, our nation funded altruistically to Kiran Foundation.

It is unimaginable how Kiran Foundation has been playing vital role in improving the lives of the people of Liyari, the institution has cured the traumatized, taken on board the entire families with their children under its care and is set to become the first trauma informed school of Pakistan. NVP pays its sincere gratitude to the people who are working with Kiran Foundation and wish them the best of luck for their future endeavors.

Greetings to you all!

With great pleasure, we present to you all the 16th Issue of NVP Newsletter!

As always, your comments, suggestions, and contributions are most welcome. Looking forward to hearing back from you all!