National Volunteer Programme’s partner institution, Rabin Hood Army is a social initiative taken by a group of friends which gather the surplus food from well-known institutions and distribute it amongst the less fortunate. Delhi-based Neel Ghose and Anand Sinha took up this great initiative in India in 2014. Neel was inspired by an organization working in ‘Re-Food’ in Portugal; he decided to replicate the model in India. Sarah Afridi, who has been friends with Neel Ghose since their days at the London School of Economics, decided to bring the cause to Pakistan.

Currently, they have partnered with restaurants like Nandos, Ginsoy, Vintage, White Biryani, Dunkin Donuts, Karachi Broast, LALs, Pie in the Sky and lots more. Many restaurants are now approaching them in support of the cause. The idea of borrowing from the rich and giving to the poor might sound fictitious, but Robin Hood Army surely has successfully translated it into reality. 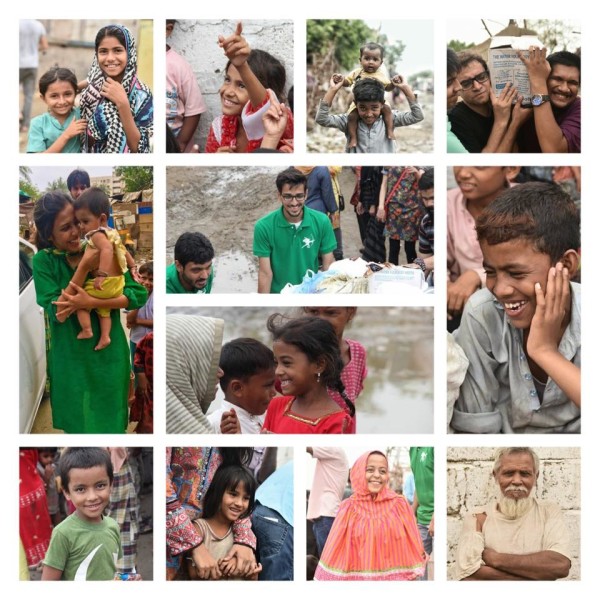 Sameer Beg, spearheading the Robin Hood Army in Karachi, says: “Robin Hood Army has taken Karachi by a storm and this thunder we hear from it is solely from our passionate volunteers. To take time out, be selfless, and spread smiles is something we give a round of applause to them for. Without a doubt, we wouldn’t function as well as we do without the constant support and determination of these individuals. From picking up food at restaurants or wedding to reheating and serving it on Sundays, requires some serious devotion. We at Robin Hood we just like to say, thank you for helping us get 1% done Robins!”

National Volunteer Programme’s partner institution, The Citizens Foundation, announced their 25th Rahbar Programme in the month of April, for which NVP assigned 8 dedicated and enthusiastic volunteers as Mentors for the programme. Many NVP volunteers that took part in the Rahbar Mentorship Programme were from various corporate organizations such as Caltrols Pakistan Co., Systek Private Limited, Pakistan Engineering Council, and Consulate General Republic of Indonesia in Karachi etc. We are grateful to Hanesh Kumar, Bharat Kumar, Muhammad Kamran, Naveed Ahmed, Abdul Wahid, Muhammad Sumair, Barkha Aslam and Ghulam Murtaza, for taking out the time from their busy office schedules to mentor and transform the lives of the young children at The Citizens Foundation. Their commitment towards serving others has truly been an inspiration and we hope to see many more like-minded and dedicated individuals volunteer for this cause. 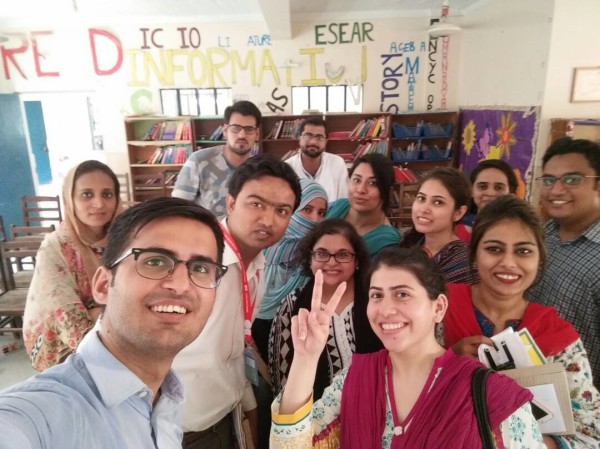 “There is absolutely nothing as great as making a positive change in someone’s life. I was touched by the warm hearts and big dreams of kids at TCF. I’m glad and Thankful to NVP for giving me this chance to give back to the world in a meaningful way” – V#469-3/17 Barkha Aslam (Staff Social & Culture at The Consulate General Republic of Indonesia in Karachi)

Greetings to you all!

With great pleasure, we present to you all the 13th Issue of NVP Newsletter!

As always, your comments, suggestions, and contributions are most welcome. Looking forward to hearing back from you all!

The enriched experience of working with SMB Fatima Jinnah School a project of Zindagi Trust was deeply rooted in the intentions of NVP. From the encouraging staff, flexible schedules, cooperation in all aspects, to the eagerness of students, has connected the chain to attain the possible outcome. It’s an honor to be a part of a child’s growth as they are more vulnerable to stress especially those who lack the basic structure of healthy living. However, habits are best learned in childhood as they are susceptible to change. Sessions for prevention and aiding the onset of stress in approx. 2300  young students of ages 3 to 16 years has been conducted for around 10 weeks by using cognitive and behavioral methods which were formulated according to their level of life span to make them learn strategies to handle normal stress independently before it becomes chronic. The appropriate level of accomplishment was evident when students were willing to control their stress, agreed to follow the methods and shared what had been learned etc. It was truly an inspirational journey and an experience I will never forget. 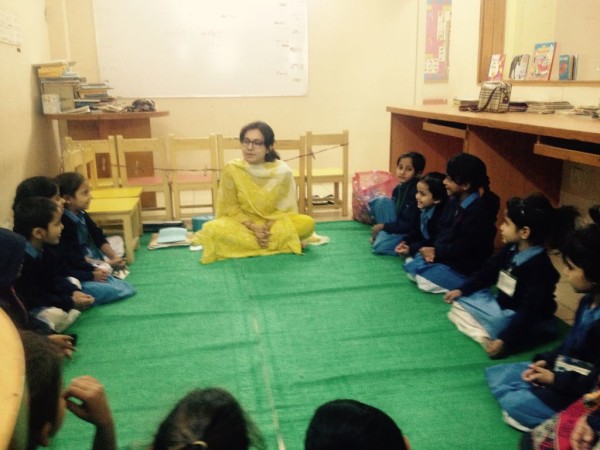 Warm thanks to NVP and Zindagi Trust for having me for this noble work!

Zehra Nayani, a postgraduate student of the Institute of Professional Psychology and a certified NVP volunteer who was recently awarded by Ms. Shahnaz Hunzai – Project Manager at Zindagi Trust SMB Fatima Jinnah School for her volunteer services as a student counselor at the school